Last April our psychiatric department closed at one of the hospitals – this alone did not mean a ton for me work wise as most of my time was spent at the CRC (crisis response center), but it was definitely the start of some major changes. At the time I was per diem working anywhere from 40-60 hours a week, but I was also 2 months pregnant without insurance – this was the kicker. I made too much for Medicaid and being the dumb dumb that I am, had decided to forgo Obamacare back in February because what did I need insurance for? Cue little egg Riley snuggling into my womb and me finding out a few days after the cut off to apply. MAJOR WHOOPS.

I was a bit distraught as I googled the cost of birthing a child without insurance – holy balls, are these things expensive. I had no idea what I was going to do – I loved my job so leaving was not on my list of options, however it quickly became the only option as the CRC could not fit me into their budget full time with benefits.

My current boss who managed our soon closing psych department called me and offered me a position in the ER as basically a greeter, so as not to get lost in the system, and it would allow me to get health insurance for myself and my baby. In retrospect it was exactly what I needed, but I WAS SO OFFENDED. CUE MY GIANT EGO. HOW WAS I, SOMEONE WITH A BACHELORS DEGREE GOING TO BE A GREETER?! WOULD I GET STICKERS LIKE AT WALMART?!!! and I had to wear red, my least favorite and flattering color. It pained my soul, deeply.  See while there was ego involved, there was much more to it, I would still continue to work at the CRC some days after this job, so it was longer hours, less pay, a new environment, and just generally a huge change.

What I didn’t know then was how much this job would teach me.

I remember my first day – it was literally so terrible. (perhaps slightly dramatic from my hormones but that’s neither here nor there). I was staying at my friend’s house dog sitting for the week and was “training” on the second shift, however, the girl that was supposed to train me was out sick. So that Monday I laid on the couch watching trash TV, dreading the day ahead – around noon, I begrudgingly put on my black pants, white shirt, red cardigan and a pair of black flats, which let me say were the complete wrong pair of shoes to wear when you have to be on your feet for 8 hours.  I looked at myself in the mirror and instantly felt so uncomfortable – I was maybe 12 weeks pregnant at the time and just had this little pouch – I felt disgusting, I thought I looked fat, very few people knew I was pregnant – and honestly there was so much going on internally – I felt like a giant loser.

So I get to work and its pure chaos as you would expect any Monday to be in an emergency department. CHAOOOOOOOOOS. My boss comes out, says hi, points to a nurse  – I can go to if I help or direction, she waves hi but is clearly VERY BUSY. For better imagery, I ask you to picture a giant battlefield, bombs going off everywhere, soldiers dodging fire, and then one of them trying to stop and wave hello and give direction to me, someone who has no idea where they are or what they are supposed to do. I wanted to die. I didn’t even know what my job description was – like I’m just supposed to stand up here and give out water bottles and blankets for 8 fucking hours? What. The. Fuck.

I didn’t know where anything was – I asked one nurse, (now one of my good friends, but total bitch at first), where something was, and she goes, “in the back,” in this tone that indicates 1. She does not give a fuck and 2. that shes talking to an idiot. And I’m like OKAY. MA’M. WHERE?!  I do not know this department, and also, you’re rude. But I am so super emotional I’m just gonna go wander around in the back and ask someone who looks nice where these emesis bags are and then maybe go cry in the bathroom. BUT THANKS. A very nice tech boy showed me. Thank you sweet sir.

My only real comfort that day among all the chaos and just not knowing what to do with myself, were the familiar faces of the security guards. My dad who also works at the hospital decided to check in on me and see how I was doing – the absolute worst thing he could have done,  I had literally just stopped crying in the bathroom and came out and then here he comes strutting in with his Starbucks,  laptop and big grin, “how’s it going?” he asks, and I’m like ITS AWFUL and am trying so hard not to cry again. I don’t know what I’m supposed to do, people aren’t super nice here, patients are asking me things I don’t know how to answer and I’m all in all not in control. ME NO LIKE.

I have no recollection how I made it through that first shift only that I got in my car on the way home and immediately burst into tears- my feet were killing me, I felt like a moron, why was this my fucking life? I had worked so hard to get where I was that taking this position felt like 10 steps backwards. And all because of this baby.  Part of me resented her a little, resented her father, resented myself.  And then I hated myself for feeling that way. I knew what I was in for when I decided to keep her, I knew it would be an uphill battle but to me it was worth it, still I sobbed. And then when I thought I couldn’t cry any more, I realized Sex and Candy was playing and that’s what I was crying and driving along to and that realization made me cry even more – I was PATHETIC.

I also returned home Every. Single. Night. that week to giant piles of dog shit and occasionally pee. Have you ever seen a pregnant women try and pick up dog poop? I WAS GAGGING. It was so bad one night I puked and was like fuck it, fuck it all. I’m done.  I DON’T EVEN CAREEEEE.

The first month or so was very difficult for me – most Mondays I went to the Crisis center after the ER and worked till about 9 or so and then went home, I was tired, I cried a lot, my ego took a huge beating. But maybe it was what I needed. Actually, it was what I needed, more than I knew or could understand at the time.

There was so much that happened in the year that I took this job. During my pregnancy, I found out I had hep-C, which thanks to my insurance, I was able to afford Epclusa and am now completely free of the virus. I was able to have flexibility to get to and from my doctor’s appointments for my daughter. On the day I got a scary call from my doctor saying Riley had to come early, two nurses and registration staff sat with me and calmed me down, gave me their numbers and they and a few others checked in on me throughout the day. When Riley was in the hospital for her heart, my job graciously extended my maternity leave, not to mention all the people from this job and the crc that reached out to me and helped get me through that dark time. I have met and made so many new friends here, that I hope to continue to see once I leave, those two nurses I met on my first day that both intimidated me are now two people that I look forward to working with in triage, on a personal and professional level. This job brought me back down to reality; it humbled me, and allowed me to focus on myself and my child, and to gain a routine, which is something I was definitely not in the habit of prior.

Some days were rough, a couple weeks ago I was spent like get me outta here – I cant tell you how many times I had to apologize to people about the wait time, and then be like sorry I can’t do a whole lot but you can have a water or a blankie LOLOL. Like that’s whats hard is feeling stuck, there’s only so much I can do here to help someone.  Some days I still LOL at the fact that I’m the person they chose to be the face of the ER like I’m not always customer service savvy, but maybe I give myself less credit than I deserve idk. 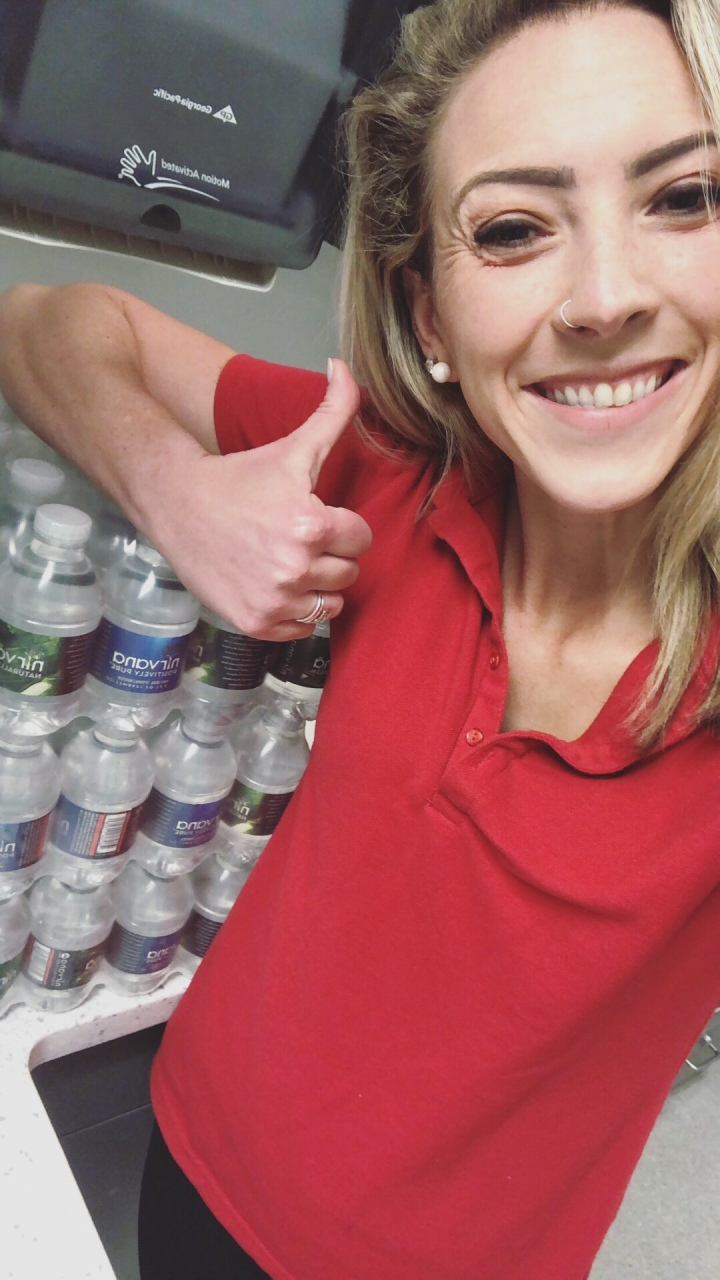 I remember when all these changes first started happening; I read a quote somewhere that said,

God is saying to you today,

“Everything will work out. I’m in complete control. I know what the medical report says. I know what the financial situation looks like. I see the people who are coming against you. I know how big your dreams are. And hear me clearly; I will not fail you.”

And I WAS LIKE THIS IT ! GODS GOT ME 🙌🏼 – he is speaking to me through the internet waves. It all made sense to me for the most part but then I was like hold up, 🤚🏼 wait a minute, ✋🏼 WHAT MEDICAL REPORT BRAH? (boy did riley and I have fun with that).

I cant tell you how many times I reread that quote in the last year, whenever things got tough, I just kept pushing through the long days, the stress, the tears, the disappointment of not getting another job I’d wanted, all the while hoping and praying that what I needed would come to be, and now it has.  THE MOMENT I HAVE BEEN WAITING FOR.  (sing  to tune of kelly clarkson – some people waaaaaaaiiit a lifetime for a moment like this – ohhhhhhhhhh I cant believe its happening to me, some people wait a lifetime *to work at the C R C* )

This is officially my last week at the ER, next Monday I will be back full time at the Crisis Center and I could not be more thrilled. I am going to miss everyone that I’ve met this past year but I am so happy to be back doing what I truly love and to be on 12 hour shifts so I can have more time with my sweet girl who is growing so fast.

Point is : Trust the process. 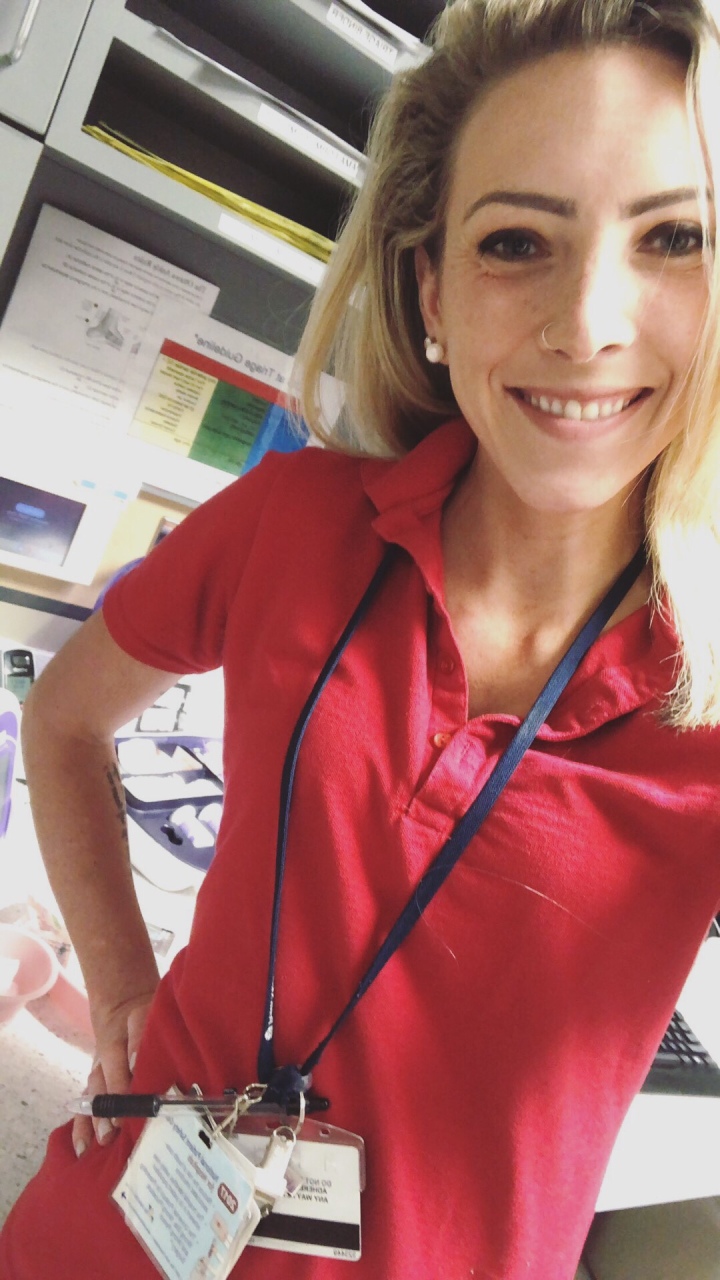